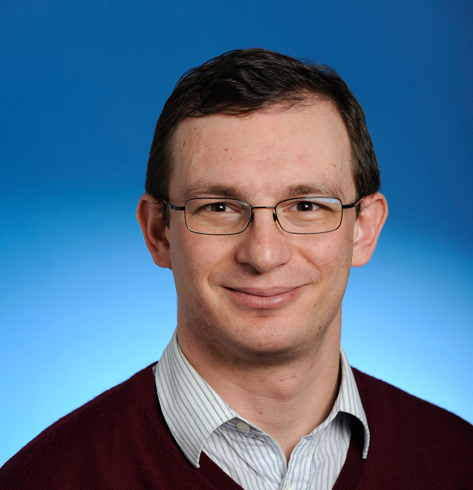 Onur was honoured this week with the ACM SIGARCH Maurice Wilkes Award for his “innovative contributions in efficient and secure DRAM systems.”  The notable award is given out each year to a mid-career researcher to recognise “outstanding contributions to computer architecture.” The award is named after Maurice V. Wilkes, a British computer scientist and a Turing Award winner, who designed and helped build the Electronic delay storage automatic calculator, one of the earliest stored program computers, and who is the father of microprogramming, which has been used in microprocessors for more than 60 years.

Solving the memory problem from all angles

In 2009, he moved to Carnegie Mellon University and later in 2015 to ETH Zurich. He continued attacking the ”memory problem” from all angles, with impact on both major academic research directions and commercial products. He is especially known for his seminal work on DRAM and flash memory, the two major memory technologies used in almost all computing systems today, and emerging memory technologies, such as PCM (phase change memory). Some examples of his work on DRAM technology, for which he is being recognized with the Maurice Wilkes Award, follow.

The discovery of the RowHammer problem

In 2014, his group discovered the RowHammer problem [Kim+, ISCA’14], a failure mechanism affecting most real DRAM chips, i.e., memory chips that are used in almost all computing platforms today. This work shook the fundamentals of systems security: RowHammer is the first example of a hardware failure mechanism that causes a practical and widespread system security vulnerability. RowHammer is the phenomenon that repeatedly accessing a row in a modern DRAM chip predictably causes errors in physically-adjacent rows. It is caused by a hardware failure mechanism called read disturb errors, which is a manifestation of circuit-level cell-to-cell interference in a scaled memory technology. Google and others demonstrated attacks that exploit RowHammer to take over an otherwise-completely-secure system. Building on his initial fundamental work that appeared at ISCA 2014, Google Project Zero demonstrated that this hardware phenomenon can be exploited by user-level programs to gain kernel privileges. Many other recent works demonstrated other attacks exploiting RowHammer, including remote takeover of a server vulnerable to RowHammer and takeover of a mobile device by a malicious user-level application that requires no permissions, and many papers continue to be published in top computer science venues on new attacks that exploit the RowHammer vulnerability and new solutions that mitigate it. It continues to have widespread impact on systems, security, software, and hardware communities, both academic and industrial [Mutlu, DATE’17][Mutlu+, IEEE TCAD’19]: for example, it caused a new Hammer Test to be included in standard memory test programs, and Apple cited Onur’s work [Kim+, ISCA’14] in its critical security release that introduced a hardware patch to mitigate RowHammer. Various RowHammer solutions he proposed, including Probabilistic Adjacent Row Activation [Kim+, ISCA’14], are implemented in memory controllers and DRAM chips. Due to itswidespread impact, Onur’s RowHammer work was recently recognized as one of the seven papers of 2012-2017 selected as Top Picks in Hardware and Embedded Security. More information on RowHammer can be found in his recent retrospective paper entitled “RowHammer: A Retrospective”

Security primitives for memory and hardware

Onur has been researching how to build fundamentally more efficient systems by changing the computing paradigm, such that memory devices can compute. For the entire computing history, memory devices have remained as dumb data storage units that cannot compute, leading to a huge data movement bottleneck between the processor and memory that plagues all computing systems, causing great inefficiency, energy waste, and performance loss. Onur’s efficient DRAM research aims to change that completely by enabling DRAM devices to accelerate key computations internally. His work showed, for the first time in literature, that DRAM devices can be enabled to perform fundamental operations such as copy, initialization [MICRO’13], and bitwise AND, OR, NOT [MICRO’17]. Doing so greatly improves both latency and energy efficiency of such fundamental operations, by 1-2 orders of magnitude. His Ambit substrate [MICRO’17] is the first to be able to execute anyapplication using DRAM chips at low cost. His results show that database query latencies can be reduced by an order of magnitude with this substrate. Onur’s recent work also shows that other forms of processing in memory with the emerging 3D-stacked technology can greatly improve both performance and energy of many workloads in many different computing platforms [ISCA’15a,b, ASPLOS’18, ISCA’19], sometimes by more than an order of magnitude. A large focus of his research group at ETH Zurich is currently on enabling such a fundamental paradigm shift in the way computers are designed, by processing data close to where the data resides, i.e., in memory or storage. A recent work he has authored with his senior researchers summarizes the goals, benefits, and challenges of such an approach and can be found here as an invited paper entitled “Processing Data Where It Makes Sense: Enabling In-Memory Computation.”

Submissions to the Highlights Track for #RECOMB2023 are now open! Papers published after January 1, 2022 are welcome. Please see http://recomb2023.bilkent.edu.tr/call_for_highlights.html for more details, and contact the Highlights Chair @ferhatay for your questions.

Are you working on making #MachineLearning faster? Don't miss this workshop at #HiPEAC23 – featuring a keynote by the inimitable @_onurmutlu_
⏳ Deadline: 7 December https://twitter.com/SAFARI_ETH_CMU/status/1598599081898790912

Don't miss the deadline for the 5th Workshop on Accelerated Machine Learning (AccML) at #HiPEAC23 18 Jan 2023 in Toulouse!