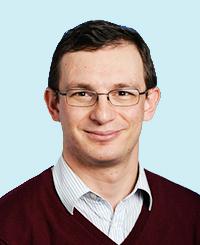 Onur Mutlu is a Professor of Computer Science at ETH Zurich. He is also a faculty member at Carnegie Mellon University, where he previously held Strecker Early Career Professorship.  His current broader research interests are in computer architecture, systems, and bioinformatics. A variety of techniques he, along with his group and collaborators, has invented over the years have influenced industry and have been employed in commercial microprocessors and memory/storage systems. He obtained his PhD and MS in ECE from the University of Texas at Austin and BS degrees in Computer Engineering and Psychology from the University of Michigan, Ann Arbor. He started the Computer Architecture Group at Microsoft Research (2006-2009), and held various product and research positions at Intel Corporation, Advanced Micro Devices, VMware, and Google.  He received the inaugural IEEE Computer Society Young Computer Architect Award, the inaugural Intel Early Career Faculty Award, US National Science Foundation CAREER Award, Carnegie Mellon University Ladd Research Award, faculty partnership awards from various companies, and a healthy number of best paper or “Top Pick” paper recognitions at various computer systems and architecture venues. He is an ACM Fellow “for contributions to computer architecture research, especially in memory systems”, IEEE Fellow for “contributions to computer architecture research and practice”, and an elected member of the Academy of Europe (Academia Europaea).

Please see his webpage more info and for up-to-date lists of his publications and talks: https://people.inf.ethz.ch/omutlu/.

Mohammed's @mealser talk “A Roadmap for Fast and Efficient Genome Analysis”, at the University of Tokyo Dec 20 is now online!

Have you ever mapped reads to reference genome and wonder if you can update your mapping results for an updated version of the reference genome without actually re-mapping? AirLift is our effective solution. https://twitter.com/BilkentCompGen/status/1207587067112411136

Do you want to watch more of Onur's @_onurmutlu_
lectures?